NC State’s Centennial Campus was established in 1984 with a vision for a new kind of research, innovation and public-private partnership campus that would propel our university’s mission into its second century.

Today, we’ve grown into a vital economic engine for our city, region and state — and North Carolinians see the benefits in new startups, products, jobs and industries cultivated right here.

The Hunt administration allocates the first 355 acres of the vacated Dorothea Dix property to NC State.

The Centennial Campus master plan, led by former College of Design Dean Claude McKinney, is approved by the NC State Board of Trustees and UNC’s Board of Governors.

Governor Martin and the Council of State unanimously approve the plan.

Research III, one of the first university-owned buildings, opens.

The Centennial Biomedical Campus is established.

The College of Engineering begins its permanent move to Centennial.

The Lonnie Poole Golf Course opens. The course was designed by Arnold Palmer and the team at Arnold Palmer Design Company (including NC State alums Erik Larsen and Brandon Johnson), and it is home to our women’s and men’s golf teams.

North Shore townhomes and The Greens at Centennial apartment community both open.

Want to be part of our story? Discover more than 5 million square feet of commercial space ranging from office environments to cutting-edge labs. 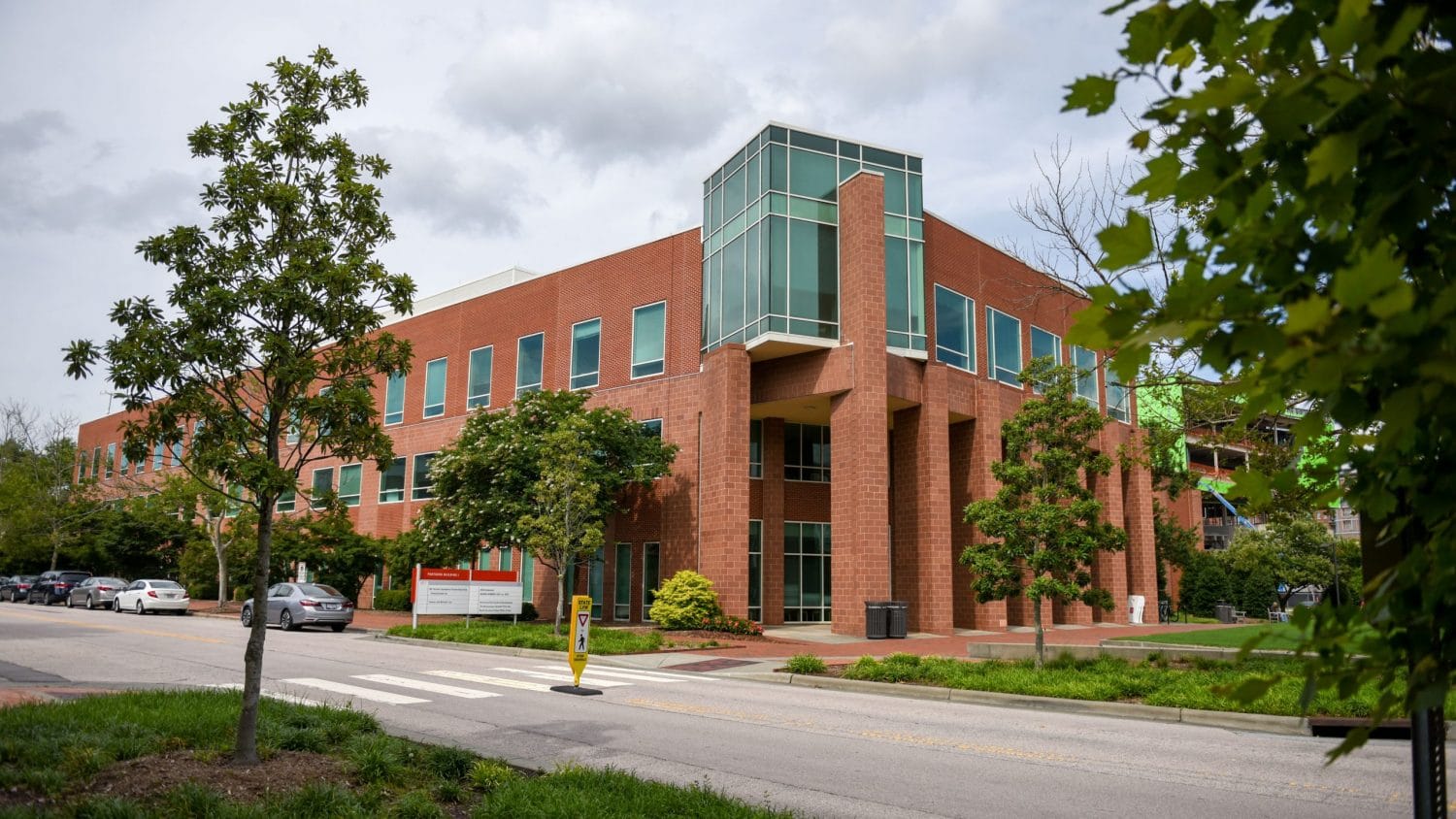